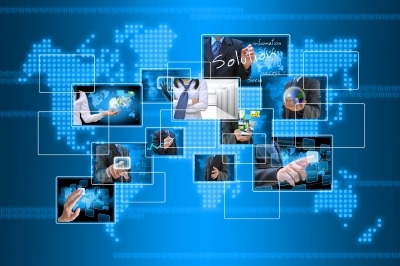 In an upcoming blog post, I’ll be giving you some quick tips to get you closer to your breakthrough, BOLD move moment. For now, let the powerful women you’re about to meet stir you to make your next BOLD move.

In 2012, Fast Company named 60 influencers who are changing the world to what they call the League of Extraordinary Women, an “interconnected group of executives, philanthropists, entrepreneurs, artists, governments officials, and academics” that are “formulating groundbreaking initiatives and hacking long-outdated aid models by tapping new thinking and a growing data set that suggests that investing in girls and women will create measurable economic benefits for all.”

Let’s meet some of the women who are rocking change in the world today:

1. Maria Eitel, CEO of the Nike Foundation, recalls the day she waited anxiously outside a 2004 meeting where she would make her case – that that mission of the Nike Foundation should be to halt intergenerational poverty by concentrating on girls, with a prominent focus on bringing child marriage to an end.

Yes, Eitel was suggesting to Nike that they invest in adolescent girls and poverty – and not even in countries where the company had factories. Eitel proposed that they reach out in areas like Ethiopia and northern Nigeria – places where few will ever venture.

Under Eitel’s leadership, the Girl Effect was initiated, using Nike’s money along with contributions from prominent celebrities to reshape African villages. It’s obvious that investing in girls and women pays off – it just makes sense, right?

In reality, says article author Ellen McGirt, all “members” of the League understand that coming to the aid of girls and women is never so cut and dry.

“I was struck again and again by the empathic capacity of these well-off Western women to correlate their personal and career struggles with the dire woes of girls in far-off lands. Their urgency, their emphasis on making the strategic case, and their sense that the battle is never really over come directly from their own experiences.”
-Ellen McGirt

2. Laura Pincus Hartman, founder of Zynga.org, is a DePaul University professor of business ethics who has spent most of her career studying how for-profit 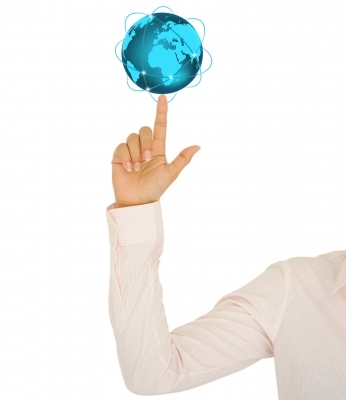 businesses can “do well and do good” – in the most “unlikely” settings.

One of Hartman’s bold breakthrough moments came in 2009, when she had lunch with her brother, Zynga founder Mark Pincus. “What impact do you really want to have?” Hartman asked her brother.

Zynga.org was born out of that 2009 lunch, and it has a straightforward model: “It commissions special virtual products that Zynga gamers buy for real money, and ensures that all the proceeds go to an appropriate cause,” according to McGirt.

Talk about some BOLD moves: Hartman took the “silly addiction” of casual gaming into a “lightweight form” of crowdsourced philanthropy. And, she tackles real problems at a local level, working with people in need.

This is common of members in the League of Extraordinary Women – these powerful ladies are using innovative approaches to attack global problems – one girl at a time.

3. Leila Janah is the founder of Samasource, a not-for-profit that gets poor young men and women on the job doing computer work.

Once frustrated by the “bottlenecks” she’d seen in traditional development circles, Janah took matters into her own hands to found Samasource, now a far-reaching organization that has paid out millions of dollars to thousands of workers, matching them with work from companies including LinkedIn, Google, and even the State Department.

Speaking about Janah, Laura Pincus Hartman has said, “…Leila is an unbelievable human being who is running a company you want to be connected to.”

In 2009, Janah was named one of the Most Influential Women in Technology by Fast Company. As if that wasn’t enough, she’s been profiled by The New York Times, The Wall Street Journal, The New Scientist, CBS, CNN, PBS, BBC, and NPR. She was also named one of Fortune‘s Most Powerful Women Entrepreneurs, and one of the seven most powerful women in tech in 2014 by Entrepreneur.

That’s pretty impressive, considering she was born in 1982!

Susan Davis is President and CEO of BRAC U.S.A, where their mission is to empower people and communities in situations of poverty, illiteracy, disease and social injustice. Their interventions focus on achieving large scale, positive changes through economic and social programmes that enable men and women to realize their potential.

Tiffany Dufu served as President of The White House Project before joining the Levo League as Chief Leadership Officer and Launch Team member to Lean In. Named as one of 19 “women who are leading the way” by the Huffington Post, Dufu’s mission is to “inspire women and girls to recognize they are the most powerful change agent in their own journey.”

Many will recognize Alicia Keys as a popular singer, but back in 2002, an AIDS activist by the name of Leigh Blake asked Keys to join her on a tour of HIV centers in South Africa.

What Makes You Extraordinary?

You don’t need to be a member of the League of Extraordinary Women to leave your mark on the world. In fact, you don’t have to be honored with any special award or recognition – you can start changing your world right now, from the place where you are.

I hope you’ve found the stories of these amazing women as inspiring as I have, and that you’ll be motivated to make your very own BOLD moves in your life!

Do you want to develop the self-confidence you’ll need to start taking BOLDER moves this year? Be sure to sign up for my FREE e-series! Or, contact me via email or by visiting my website, BolderMoves.com, anytime!