Are You Allowing the Terror Barrier to Stand Between You and Success? 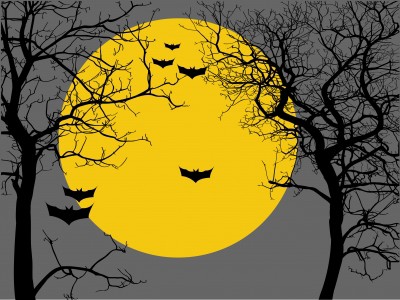 Tis the season for dark and dreary, ghosts and goblins, sounds that are eerie!

A season of no cheer – ‘tis full of fear!

Childhood! When you really believed you saw the boogeyman under your bed…when you were terrified of the dark…and thunder and lightning caused you to dive under your thick comforter…

Ahh…such simple fears faded as you grew up – but were replaced with bigger fears that even adulthood couldn’t conquer!

Fear. An apprehensive, foreboding feeling. As adults, we are full of fears. Fear of being alone. Fear of failure. Fear of speaking in public. While we mature in many ways as we live our lives, it often seems fear is lurking behind the corner, ready to put up a roadblock.

For as children tremble and fear everything in the blind darkness, so we in the light sometimes fear what is no more to be feared than the things children in the dark hold in terror and imagine will come true.
-Titus Lucretius Carus

Failure – An Essential Ingredient in Success

Every successful person has plenty of failures behind her. Instead of being paralyzed by fearing failure, successful people keep at it. As Winston Churchill once stated, “Success is the ability to go from failure to failure without losing your enthusiasm.”

Plenty of inventions, discoveries and innovations wouldn’t have been possible if those responsible for bringing them to fruition gave in to their fear – mainly, the fear of failure. They were willing to keep on, take a risk, and try what others may have told them was impossible.

As Ira Kalb wrote in Business Insider, there are plenty of examples of failures turned into success: Macy failed seven times before his New York store became successful. Record holder Babe Ruth had a whopping 714 home runs – but struck out 1,330 times! 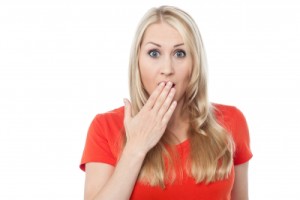 Are you finding that your career and personal life is being squashed because of fear?

There are ways to overcome fear of failure – the trick is to find the strategies that work best for you. Elle Kaplan, CEO of Lexion Capital Management, suggests that you can develop your confidence by rising up from your failures. The first step is Acceptance.

Accept you don’t know everything – after all, every expert was once a beginner.

The second step is Adjust. Even the best drawn-up plans aren’t perfect – be willing to adjust where needed. And the third step? Adapt. Failure isn’t the end of the world. Learn from it.

So there it is…three simple steps to help you bust through all that fear:

If you think success is everything, think again. Success can be a poor teacher, in fact. Kalb cites Kodak, pointing to their tremendous success with film – but not following through with the digital technology that their own engineers pioneered. “The company was too invested in protecting its successful past and too afraid to enter the uncharted waters of the touch screen smartphone,” he explains.

In a Forbes article, Maggie Warrell acknowledges the potency of fear and its adverse impact on business. Based on her extensive background, Warrell developed what she terms the “Culture of Courage” to move professionals to successful outcomes. She calls it Engage-Inspire-Embolden. By engaging with employees, inspiring them and providing a safety net for them, they’re able to step outside their safety net – fostering new ideas and successes!

One step at a time…

History books are chockfull of successful inventors and achievers. And if there’s one common thread among all their stories, it’s that success didn’t come easily – or instantly. Failure presented itself along the way many times…so they adjusted, re-aligned and moved forward.

Basketball great Michael Jordan summed it up: “I’ve missed more than 9000 shots in my career. I’ve lost almost 300 games. Twenty-six times I’ve been trusted to take the game winning shot and missed. I’ve failed over and over and over again in my life. And that is why I succeed.”

Gain the confidence you need to tackle the terror barrier head on and accomplish what you want in your business and your life. Sign up for my free confidence e-series by clicking here!