What’s Holding You Back from Success?

Remember when your mother told you it’s a man’s world?

As a child, you probably just accepted her perspectives on life.

If you’re not living the life you’ve always dreamed of…have you wondered what’s holding you back?

Facebook COO Sheryl Sandberg says women need to take more responsibility for their own success. “I’m not blaming women, but there’s an awful lot we can do,” she asserted in a CBS 60 Minutes interview.

But the statistics say women are doing a lot these days, earning:

One might assume that because of these statistics, a large portion of women have achieved prominent positions in the workplace.

But something happens when women attempt to achieve higher levels of success. In It’s Not a Glass Ceiling, It’s a Sticky Floor, author Rebecca Shambaugh examines the idea that women are responsible for holding themselves back, intentionally and unintentionally. She writes that the lives of working women are extremely complicated, trying to balance careers with children, families, and other responsibilities.

“The trick to finding your way out is to avoid getting caught up in a sense of crisis (a very sticky floor). Instead, appreciate that you are poised at an opportunity for change…I believe that great leadership is so much about knowing who you are. Successful leaders know their strengths, weaknesses, beliefs, motivations and intentions.”

Time to Be Real

When it comes to figuring out what’s holding so many women back, at least one answer might be straightforward: many women simply don’t trust themselves enough.

“The major barrier stopping women from succeeding in the workplace and in their lives is the lack of trust in their own intelligence, judgments, and abilities. When women permit jealousy, competitiveness, and fear to immobilize their voices, creativity is stifled and the ability to act is thwarted,” says psychologist Dr. Maddy Gerrish.

When a woman trusts herself, the results can be profound: higher levels of self-confidence, a greater sense of empowerment, and of course, more self-esteem.

And how often have we not said something to someone…because we were afraid? This is a big one for women in particular, who are often reluctant to speak up, for fear of stepping on toes, overstepping boundaries, or just potentially creating unwanted conflict.

Gerrish relates the story of one of her students in her “Finding Your Voice” workshop. The woman had a boss who yelled at and humiliated her during staff meetings. One day she decided to take action – when her boss began to berate her, she stood up and left the room. Her boss followed her, they had a one-on-one meeting, the air was cleared – and her student gained self-respect.

And finding your self-respect can be contagious… When the student told her 70-year old mother what she had learned, her mother discovered her self-respect, too – and hung up on a verbally abusive relative’s phone call. 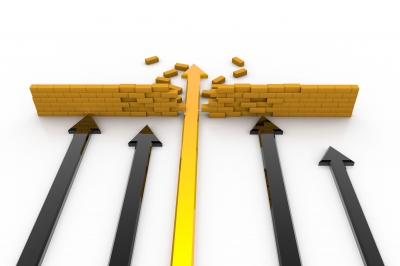 In a Harvard Business Review article, authors Herminia Ibarra, Robin Ely and Deborah Kolk write that while many CEOs make gender diversity a high priority, their results are frustrated: “They and their companies spend time, money, and good intentions on efforts to build a more robust pipeline of upwardly mobile women, and then not much happens.”

The problem, the authors note, is that becoming a leader is a true identity shift that involves internalizing a leadership identity and developing a sense of purpose and authenticity. As a woman and a leader, you’ll find that your sense of purpose develops as you define your values – and stay aligned with them – even when the going gets tough.

Is there such a thing as a natural leader? Opinions may vary widely, but the authors of the HBR article suggest that learning to be an effective leader is like any complex skill: it takes (a lot!) of practice and hardly ever comes naturally.

Perhaps the most thought-provoking question is to ask yourself “How much longer am I willing to allow myself to be held back?” Take a lesson from the quote below – and if you find that you’re consistently not living up to the potential you know you have inside – make a BOLD move and change something…you’ll be thankful you did.

‘For the past 33 years, I have looked in the mirror every morning and asked myself: “If today were the last day of my life, would I want to do what I am about to do today? And whenever the answer has been ‘No’ for too many days in a row, I know I need to change something.”

Early Alert! Stay tuned, because at the end of March, we’ll be hosting a BIG online event for women who want to step out of the ordinary into the extraordinary in every area of their lives! After this event, there won’t be ANYTHING holding you back from living your best life!

If you want to learn more about this exciting event, join our mailing list, http://bit.ly/BOLDconfidence, or become an affiliate partner, http://bit.ly/ALIaffiliate.

Has a lack of confidence been keeping you from embracing higher levels of success in your life? Don’t miss my FREE confidence e-series! Sign up here.