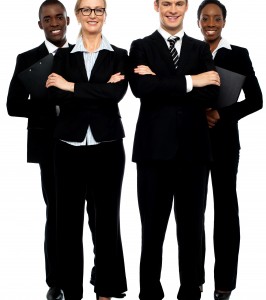 I’ve been talking a lot lately about adjusting to a new cultural environment when you relocate for a job or other reasons. Making the initial life adjustments that come with a relocation – whether that’s across the state or around the globe – are only a piece of the total puzzle.

What’s another puzzle piece? Building and nurturing your relationships. As you might imagine, adjustment to a new culture enters into the relationship-building equation in a big way.

In an HBR article, Building Relationships in Cultures That Don’t Do Small Talk, authors Andy Molinsky and Melissa Hahn relate the story of “Michael” who left his home office in Chicago for Frankfurt, Germany. After about a week, he was really missing home and wondering what could have gone so wrong.

To his mind, everyone seemed work-obsessed – unlike in the US, there was no casual talk, no chatter about weekend plans – and no one seemed to show much interest in his American background. It must be the “uncaring Germans”, Michael thought.

Then he began to wonder if he was the problem, so he set out determined to be friendly, to make small talk anywhere he could, to quickly establish friendships. The results weren’t what he hoped for – instead, people seemed more cold to him than before, especially his colleagues.

Get to Know Your Environment 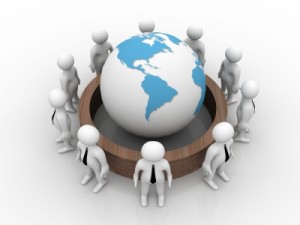 As it turns out, it wasn’t the “uncaring Germans” that Michael blamed initially. And it wasn’t Michael’s fault, either. It’s actually pretty simple: in Germany (and in many other regions as well), small talk isn’t as common as it is elsewhere in the world, like the US.

As the authors point out, for instance, people in China can appear guarded around people they don’t know well, especially when personal information enters into the conversation. In other areas, chit-chat about trivial subjects like the weather or traffic just isn’t embraced.

The bottom line is that building relationships can take a lot of time in other cultures. Here are some key tips to remember as you work on establishing strong cross-cultural connections:

Why Timing Can Be Key

Here’s a bonus tip: Did you know that timing can be a key factor in building personal connections? According to Molinsky and Hahn in HBR, “The key is to recognize when it’s acceptable to build personal connections, because that might vary significantly across the day.”

In Japan and China, it’s common for people to go out after work at night for drinks or dinner. During this time, something interesting happens that wouldn’t normally occur in the day: small talk and discussion on topics that aren’t connected with work (even with the boss).

The strategies you use to build your relationships will vary depending on what culture you’re in. One concept, though, is universal: Resist the urge to give in to discouragement. Yes, there will be times when you feel embarrassed, out of place…defeated, even.

Remember in the story above how Michael first blamed the “uncaring Germans”, then pondered what could be wrong with himself? Even though it’s a challenge, try not to take things so personally. Be present in the moment – embrace it – and learn from it!

Do you want to work on gaining the confidence you need to shine – in any situation? Then grab my free confidence e-series today! Click here to get instant access.

Image courtesy of stockimages at FreeDigitalPhotos.net

Image courtesy of sheelamohan at FreeDigitalPhotos.net