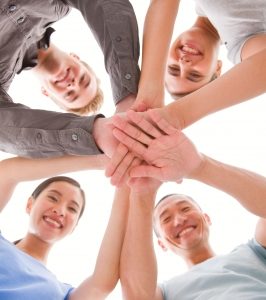 When building or re-working a team, don’t assume that people with high IQs or extroverts automatically make the best team members.

Did you know? With their quiet presence, introverts often make highly effective listeners, are open to suggestions, and come up with creative insights for improvement. These qualities can bring a grounding presence, particularly to more “vocal” teams, according to an HBR piece covering the many advantages of quiet leaders.

These three factors are key whether members are working face to face or come together from remote locations via web meeting tools. If team members can consistently “consider and keep track of what other people feel, know and believe,” the group will thrive, according to the study.

At Authentic Leadership International (www.boldermoves.com), we can help you not only create smarter teams – but increase their levels of success through effective leadership approaches.

Building social capital simply means investing in the connections among team members to create a climate where team members trust each other—even if they don’t necessarily like each other. The focus is on everyone performing to their optimum level for the good of the organization as a whole.

High levels of trust generate a climate of safety and honesty, making it easier for team members to share knowledge, support each other, and ask for help when needed. They’re also secure enough to present the “out of the box” suggestions or probing questions.

With these factors in play, your smart team will forge the way to success.

Looking for new and bolder ways to manage your teams, including how to select smarter team members? Sign up here to access my free Weekly Bold Move.

Image courtesy of Ambro at FreeDigitalPhotos.net