The Top 3 Saboteurs of a Woman’s Success

How can women be the best in their careers when they don’t believe they can be?

Recent studies now provide some clues as to why women lag behind. While there has been legislation and equal rights supporting women, evidence shows that women are holding themselves back.

We’re allowing a lack of confidence, self-doubt, and worries about other people’s opinions to rule our world.

Are we really sabotaging our own success? Just what are we doing to ourselves?

How Women Are Standing in Their Own Way

“The statistics are well known: at the top, especially, women are nearly absent, and our numbers are barely increasing. Half a century since women first forced open the boardroom doors, our career trajectories still look very different from men’s.”

Self doubt tops the list. It plagues women. Instead of believing we deserved that promotion, we say we were just lucky. 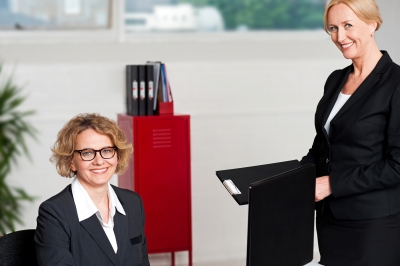 Studies show men overestimate their abilities and performance while women underestimate both. Yet their performances do not differ in quality.

Too often, we sell ourselves short and don’t think we are worth the risk or effort, whereas men tend to value their ability more and see themselves as an asset.

Low self-confidence is a real downer. Psychologist Cameron Anderson, from the University of California at Berkeley business school, has studied overconfidence throughout his career. His studies show confidence is just as important as competence.

“When people are confident, when they think they are good at something, regardless of how good they actually are, they display a lot of confident nonverbal and verbal behavior,” says Anderson.

Many women sabotage their own success by continually displaying signs suggestive of low confidence levels. We tend to say “I’m sorry” all the time, giving an impression of low self-esteem.

We’re taught to be peacemakers, so we’re inclined to agree even when we really don’t. Sometimes we smile not because we’re really happy, but because we’d rather not upset the status quo.

Worrying about what others think is the worst. A November 1999 study entitled “The Impact of Gender on the Review of the Curricula Vitae of Job Applicants and Tenure Candidates: A National Empirical Study,” provides many startling findings that reveal just how much women are their own worst enemies.

The extensive study revealed that when men and women apply for a job with the same qualifications and resumes, oftentimes it’s the male that gets the job.

And, women are more likely to experience social isolation and lack of peer support in many institutions. Assertive women are viewed more negatively than men who are equally assertive.

Men who are assertive are applauded as ambitious go-getters; women, on the other hand, are seen as pushy, overbearing, or haughty.

Women often feel a strong need to be “liked” or thought of in high regard. We worry about what other people might think of us. We worry that we’re not as successful – or pretty – or smart – as the next person.

We worry that we’re not “good enough” or that we don’t have the “right qualifications”. We compare ourselves to others all the time. And we worry way more than we should.

How To Gain Your Seat At the Table

While it’s disheartening to learn how women sabotage themselves, don’t despair!

Learn from the studies. Take aim at your saboteurs. With effort and persistence, you can overcome the pitfalls that are keeping you from achieving the success you deserve.

Really let No. 6 sink in: “Go for it and always allow failure to be an option.”

And as Lupita says so accurately: “Step forward and repeat it all. With each step and challenge, expect to learn these lessons again and again.

Many of the research findings prove one clear fact:

To become more confident, women need to stop thinking so much… and just act.

Are your struggles with self-confidence standing in the way of your dreams? Sign up for my completely FREE confidence e-series today to learn the 5 confidence steps you need to know to achieve your next big goal in a BOLDER way!

As the Managing Partner of Authentic Leadership International (ALI) & a Women’s Leadership Coach, my highest intention in the business realm is to help women in positions of high influence to understand their worth at a profound level.

Recently, my perspectives were featured in an article on the International Coach Federation’s website here.