How Do You Define Success?

“Success is a journey, not a destination…”

Ask a dozen people the definition of success and you’ll get a dozen different answers.

The standard dictionary definition is short and to the point: “the favorable or prosperous termination of attempts or endeavors; the accomplishment of one’s goals.”

But what does success mean in the business world?

In the Study of Mathematically Precocious Youth, which started in 1971 and followed adolescents through adulthood in 2012, research found that gender played a compelling role in how the men and women defined success.

Men concentrated on money rather than childcare. Women were interested in “having it all”. One of the researchers, David Lubinski, concluded: “There are many different ways to create a satisfying life.”

How Is Success Different For Men and Women? 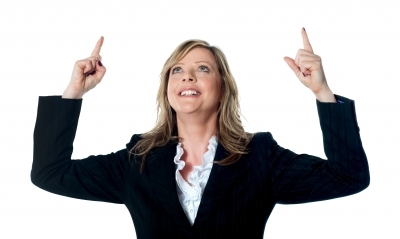 A Citi/LinkedIn study surveyed 1,023 LinkedIn members (511 men, 512 women) regarding their opinions on success and work. A few important facts stood out regarding how men and women think about success.

-Fewer women now include relationships, marriage or children in their definition of success.

-Men are more likely to equate children with success – 86% of men said having children was part of their definition of success, compared to 73% of women.

A 2010 study published in the Journal of Behavioral Studies in Business asked 2,000 male and female business school graduates, “What is success to you?” Men responded: personal growth. Women answered: career goals.

160 senior executives were asked what success meant to them in The Many Colors of Success: What Do Executives Want out of Life? “The major indicators of success that emerged from this exercise were, in order of the frequency with which they were mentioned, family, wealth, work/career, recognition/fame, power, winning/overcoming challenges, friendships and meaning.”

And while the study noted that there is no universal notion of success, planning plays an important role.

What Makes Someone Successful?

Marc Chernoff has studied the lives of successful people. He found that they did – and continue to do – things that help them achieve their fullest potential. Here’s just a few of the steps he’s tracked in successful people:

-They create and pursue SMART goals – goals that are specific, measurable, attainable, relevant and timely.

-They take action – they’re not dreamers. And they’re productive, not just busy. In “The 4-Hour Workweek,” Tim Ferris writes,” Slow down and remember this: Most things make no difference. Being busy is often a form of mental laziness – lazy thinking and indiscriminate action.”

-They avoid being perfectionists.

-They maintain a balance in life.

-They spend time with people who are like-minded.

Write Oscar Wilde was asked how his new play was received. He responded, “The play was a great success but the audience a total failure.”

Perhaps The Many Colors of Success: What do Executives Want Out of Life? says it best:

“When we feel positive about ourselves—when we possess a solid sense of self-esteem—we do not need external validation for success. It is not really the events taking place in our lives that disturb our psychological equilibrium; what matters is how we perceive and interpret them.”

If the studies have enlightened us to one clear fact, it’s that success is personal. We view it differently – men and women, young and old. Neither is right, neither is wrong.

“There is only one success – to be able to spend your life in your own way.”

Whatever your definition of success, learn why building self-confidence can boost your self-perception and lead to greater levels of success and fulfillment in your life. Sign up for my FREE confidence e-series here! Or, contact me via email or by visiting my website, BolderMoves.com, anytime!