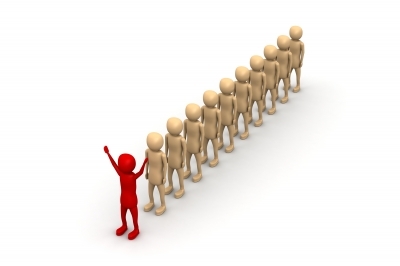 A recent article in the Harvard Business Review talked about secrets of the “super bosses” … bosses that stand out not only because of their skills and talents, but because they possess that something extra that makes them legends in their field.

But just what is that something extra? Isn’t having extreme talent, knowledge and unparalleled success in a field the essential set of ingredients for a super boss?

Apparently there is an additional secret ingredient in the recipe for a superboss.

In A League All Their Own

Super bosses. They’re trailblazers in their field, groundbreakers who go where no man (or woman!) has gone before. Over a decade ago, Sydney Finkelstein, Steven Roth Professor of Management and Director of the Center for Leadership at the Tuck School of Business at Dartmouth College and author of Superbosses: How Exceptional Leaders Manage the Flow of Talent, became determined to discover just how icons like Ralph Lauren, Mary Kay Ash, Larry Ellison and others soared to super status.

Finkelstein researched extensively, reading countless books and articles. He conducted over 200 interviews. Then he looked for a commonality among his studies to see if any particular behaviors or characteristics stood out.

He found traits that many leaders share: confidence, competiveness and integrity. But then he realized that “something.” He calls it the “people strategies” that superbosses utilize. “Their remarkable success as talent spawners was not the result of some innate genius. These leaders follow specific practices in hiring and honing talent—practices that the rest of us can study and incorporate into our own repertoires.”

A Curious Discovery at the Top 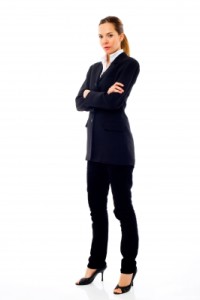 “If you take the top fifty most prominent or influential people in many industries, just one or a few top people mentored a disproportionate share of that talent.”

Superbosses take chances in their hiring, says Finkelstein, and are willing to overlook things like lack of college degrees or experience. Oftentimes they disregard a conventional interview and instead ask prospective employees odd questions – or just simply observe. They seek out candidates with unusual abilities. He cited, among others, Oprah Winfrey in television, Ralph Lauren in fashion and Alice Waters in food. Despite the various personalities, all possessed an extraordinary ability to find the best talent in their particular industry.

Superbosses are intense and passionate about their work. They have extremely high work standards – are geniuses at motivation, galvanizing people to achieve more than they believed they could.

In another Harvard Business Review article Finkelstein took note of Jon Stewart, an icon in the field of comedy, and the legacy he leaves in retirement as a superboss. Over two dozen female staffers working for Stewart described him as:

It was those very same characterizations Finkelstein discovered in many of the superbosses he studied.

Finkelstein’s extensive research on leaders and the characteristics that make them stand out far above the rest to rank as superbosses has made him an authority on the topic. “Superbosses can be fierce or gentle, belligerent or self- deprecating, but whatever their style, they do a much better job in­spiring and teaching because they get in the trenches with protégés, leading by example and giving them the personalized attention they re­quire to move up quickly.”

Good companies don’t have to die, says Finkelstein. With the right talent, a company can overcome any business challenge.

“When word gets out that people who work for you succeed not only at your organization but outside it, the world will start beating a path to your door.”

Sounds like solid advice to start your New Year off!

And if you want to kick off 2016 strong, why not sign up to receive a dose of inspiration, delivered fresh each week to your inbox? It’s free and you can get instant access right here.

Image courtesy of Ambro at FreeDigitalPhotos.net