Under Stress? You’re Definitely NOT Alone… 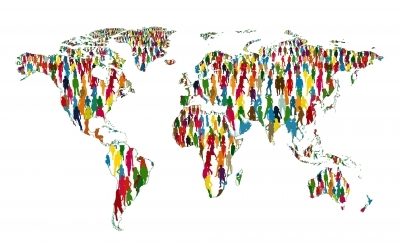 No matter who you are, where you live, or what your life path is, one thing is certain: you will meet stress face-to-face. For instance:

Around the world, the topic of stress has been heavily researched in a variety of fields. It’s thought that stress was studied as early as the late 19th century. By 1878, French physiologist Claude Bernard introduced a concept now known as homeostasis – in simple terms, the constancy of the internal environment.

It wasn’t until 1932 than an American physiologist, Walter B. Cannon actually used the term “homeostasis”. It was also Cannon who would first use the word “stress” in reference to the factors that were likely to upset homeostasis.

Stress Around the Globe 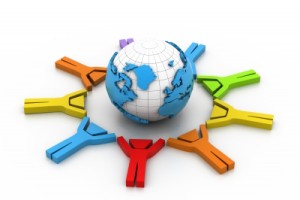 Stress certainly isn’t restricted to the US – the World Health Organization reports that depression is among the leading cause of disability worldwide.

A shocking 91% of adult Australians say they’re stressed in at least one critical area of their lives. Workplace stress is also to blame for costing the Australian economy approximately $14.2 billion, according to Medibank.

Approximately 442,000 Brits who worked in 2007/2008 said they experienced workplace stress – at levels high enough to cause illness. Further, the National Institute for Health and Clinical Excellence claims that about 13.7 million working days are lost every year in the UK due to work-related illness.

And in France, where labor protection is “robust”, workers still felt extremely insecure, according to a 2009 NY Times article focused on the media attention surrounding more than 20 suicides at France Telecom beginning in 2008. At the time, the World Health Organization said France had the highest suicide rate among large European economies, and a significantly higher rate than that of the United States.

Though many outsiders think of France as a country with outstanding job security, strong benefits, and a workweek with fewer hours, union representatives and actual workers beg to differ.

While mental health experts point out that suicide can never be attributed to a single cause, many other experts and labor officials blame work-related stressors.

A Cultural Component to Stress?

Here in the States, 75% of adults said they were facing moderate to high levels of stress in the past month, with just about half reporting that their stress amplified in the last year.

So, is there a cultural component to stress? That depends on who you ask. We all know that every single human being will experience what we call stress at some point. Cultural factors certainly do play a role in how stress is perceived – and how individuals react to it.

But many influences beyond varying cultural environments are also important to consider – what coping mechanisms an individual has, whether she has external support, and what other factors present may exacerbate the stressor.

If you need a quick overview of the stress response and what you can do to counter stress, be sure to check out this Harvard Medical School publication.

Gain the confidence you need to tackle stress head on and accomplish what you want in your business and your life. Sign up for my free confidence e-series by clicking here!