What an Executive Wants 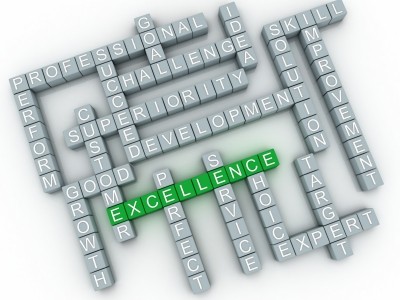 The numbers are in. A Stanford University/The Miles Group survey of 200 CEOs, board directors, and other senior executives found that while nearly all surveyed would be open to receiving suggestions from a coach, two-thirds don’t receive any outside advice on their leadership skills.

Why are so many executives not receiving outside advice? What do they name as the #1 area they want to develop? And, what quality in the company team do many CEOs rate the highest? Read on to find out!

In a Harvard Business Review article, author Gretchen Gavett asked the survey’s co-authors a number of questions about their findings. She wanted to know why CEOs say the area they most want to develop is conflict resolution.

The answer is straightforward: when a CEO avoids conflict, it creates a “domino effect of unproductive behaviors down the ladder”. In contrast, an executive who can successfully manage conflict has the opportunity to deliver the best outcomes. Therefore, conflict resolution is a dynamic, far-reaching skill that can aid the organization as a whole.

What quality do CEOs value most in the company team? According to a 2010 survey of 1,500 chief executives, many identified creativity as a vital leadership competency for the successful enterprise of the future.

According to a Businessweek article, CEOs have experienced the “realities of global integration”. At the level of customer relationships, many organizations have discovered that their customers are more and more connected – but not to them.

“Against that backdrop of interconnection, interdependency, and complexity, business leaders around the world are declaring that success requires fresh thinking and continuous innovation at all levels of the organization,” the article asserts.

Creative leaders play a critical role by interrupting the status quo, seeking innovation through a change in business models, and driving decision-making. The result? A corporate culture that is more transparent and entrepreneurial. A culture that sees complexity as an opportunity – not a risk.

Why Aren’t Executives Getting Advice?

In some organizations, reports Gavett, a stigma may still exist about coaching. For instance, instead of being viewed as something that actually enhances high performance and goal achievement, some may still view coaching as “remedial”.

Many corporate board members grew up in an era when coaching really was seen as corrective – and not something that any CEO would voluntarily participate in.
Still, 60% of CEOs who responded said that their coaching “progress” is mostly kept private between themselves and their coach. Just a third claimed that details on their progress is shared with the board of directors.

In other cases, when things are going well within an organization, some may have the “If it ain’t broke, don’t fix it…” attitude, making them less receptive to coaching.

As Gavett points out, blind spots aren’t as noticeable when everything is going well. Whether a CEO has been enormously successful or has many areas that need attention, Gavett says coaching can be a clear reality check for executives.

The Stanford University/The Miles Group survey found that almost 100% of the CEOs interviewed said they actually enjoy the process of receiving coaching and leadership advice. David F. Larcker, who led the research team, says there is a real opportunity for companies to fill in that gap.

And Stephen Miles, CEO of The Miles Group, says that it’s “concerning that so many of them are ‘going it alone’”. Even top CEOs have their blind spots – and can make impressive improvements in their performance when a neutral, outside party weighs in, explains Miles.

What do you want to know about executive coaching? Everything you’ve ever wondered is available for FREE in my comprehensive report, The Top 8 Things You Need to Know About Executive Coaching. Sign up here!